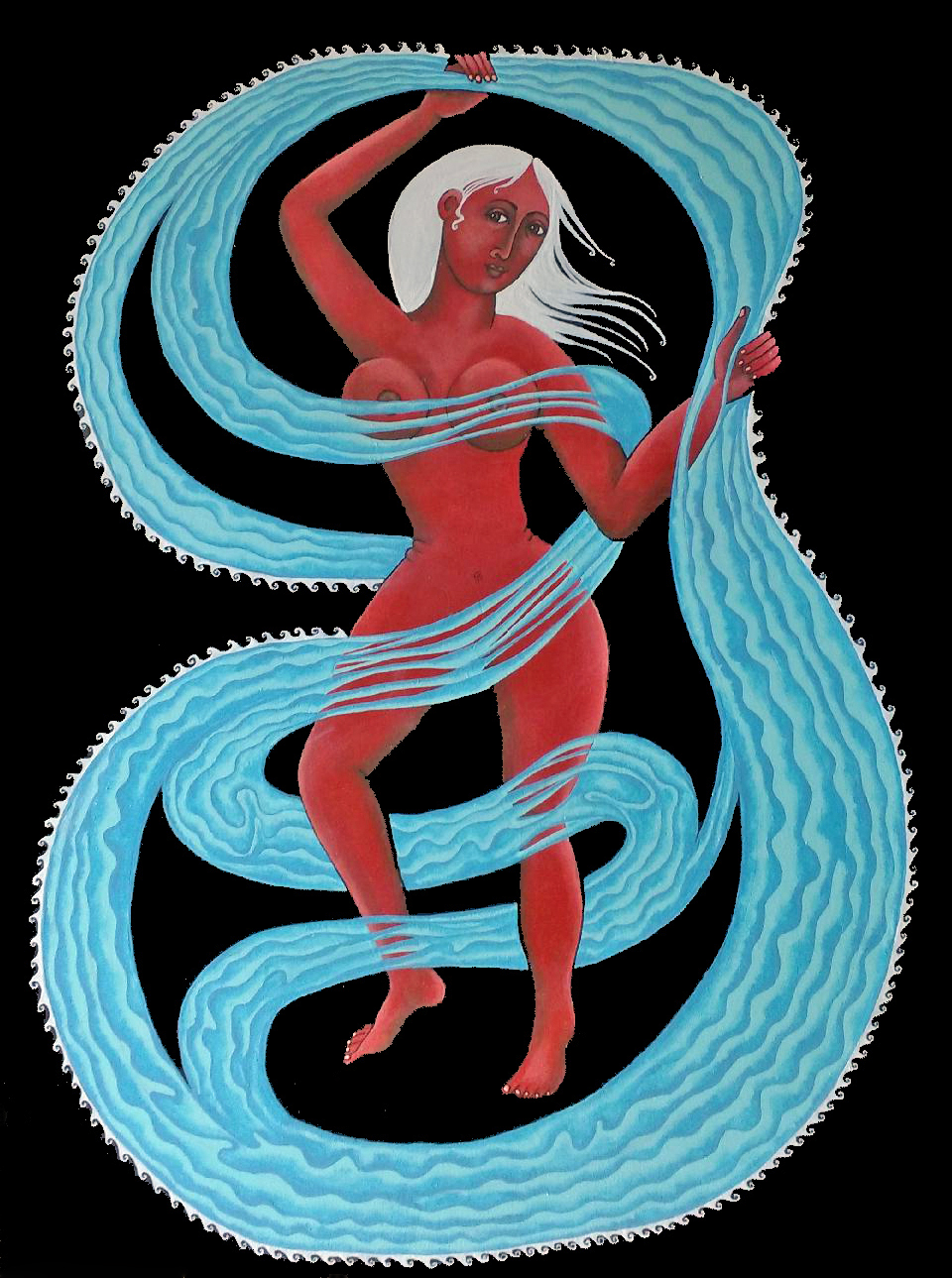 After weeks of manic God’s-eye-craft-making and an unwelcome spate of back trouble, it’s back to the drafting table and fine art. Continuing in the spirit of revisiting older work, I’d already sketched out a new version of this long ago sold painting a few months ago.

“Ohio River” was a smaller piece on plywood trimmed out with bright yellow wooden molding. I remember being not quite satisfied with the shape of the water, but size constraints of a surface left over from a home building project dictated just doing the best I could.

The new piece was sketched out onto a larger hunk of commercial cradled board. I like these sorts of surfaces but don’t use them very often due to cost. I thought I was being clever by taping a copy of the old piece as a guide and masking the background to prevent smudges. If only I’d known what lay ahead, I might not have bothered.

I chose another treatment for the water and widened the streams, but the initial idea to form a confluence over the figure’s crotch was abandoned. Masking the entire background with painter’s tape was tedious but I was taking my time and thought it was worth it. Best laid plans….

I was carefully adding the delicate wave detail when all Hell broke loose. Somehow, a can of white paint had hurled itself across the entire surface without my noticing! How it happened, only the art Gods know. Chalk it up to inattention, clumsy arthritic hands or just plain bad luck, but if running away had been an option, I surely would have done it. I quickly wiped the piece down with mineral spirits, hoping for the best but, alas, the best was not in the cards. Many hours of cleaning, wiping and over-painting have pulled the painting back from the abyss, but it will never be the smooth, finished product it might have been.

Working with your hands is the opposite of the digital realm. When things fall apart they can’t be undone with a click or just by thinking about them. In the real world, the same effort which goes into digging a hole is required to fill it up again. I’ve learned the hard way that humility in the face of factors which can never be completely controlled is a must in this endeavor. If you spend enough time in the studio, eventually disasters appear along with the victories. Some pieces fall into line with no effort at all and others seem designed to knock the ego straight out of you. If at first you don’t succeed, do it over and over and over again.