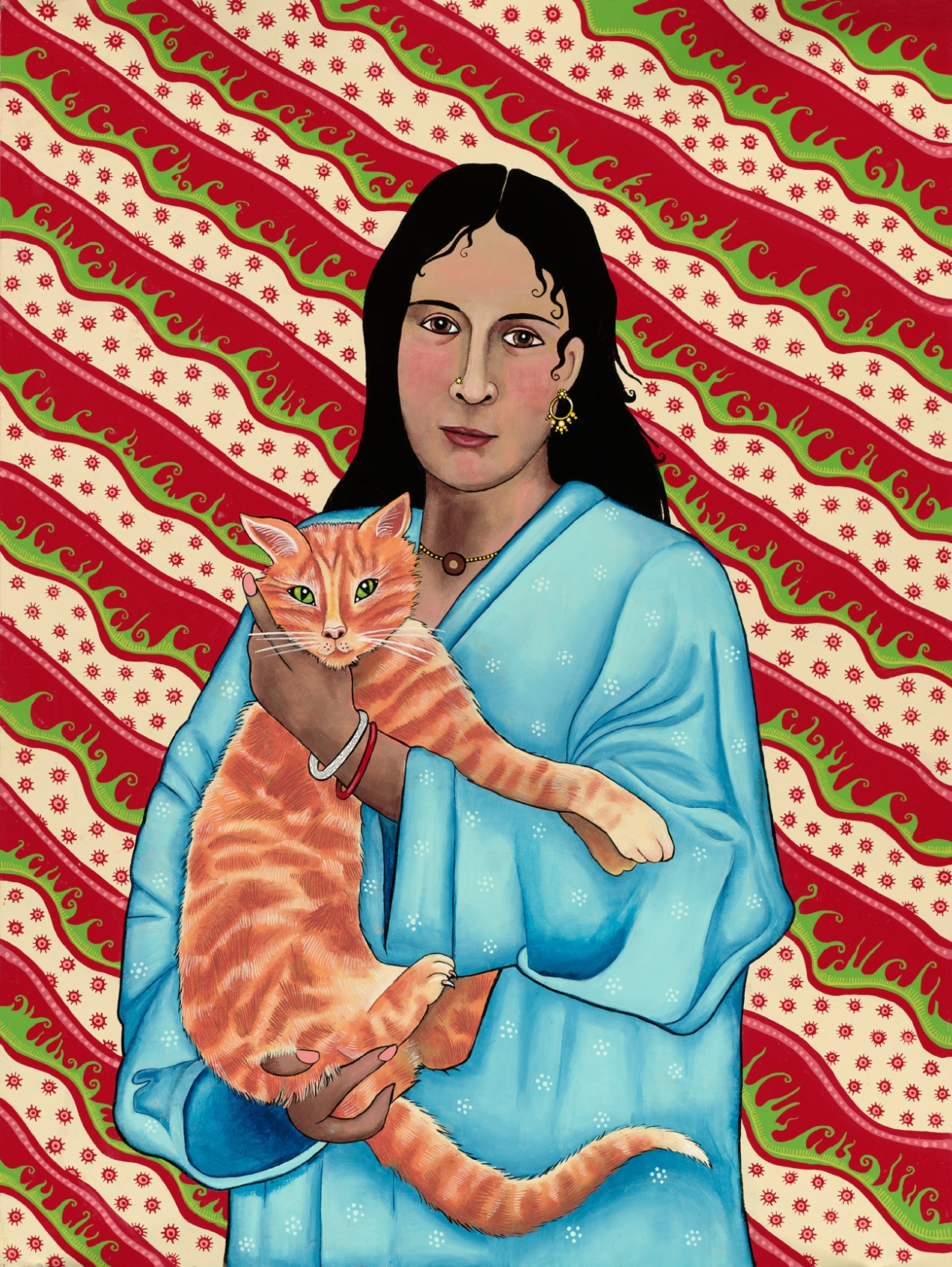 One of the surprising things about completing a painting is how often your opinion of it varies. Assessments can run the gamut from satisfaction, to close enough to I-wish-this-thing-would-disappear-off-the-face-of-the-earth, often on the same day. I’ve come to accept that the eye is prejudiced, fickle and unreliable. Judgement is best left to others.

One of the main challenges of this painting was overcoming the over-the-top intensity of the background.

I nearly always do backgrounds first, both to set the tone of the work and to avoid the labor of cutting around the central figure later. I got exactly what I wanted with this riotous mix of order and chaos but what problems it caused! Unintended consequences abounded; notably a terrible imbalance between subject and background. This only appeared at the last minute when the protective masking was removed and I finally understood how the painting was really going to work.

Not to put too fine a point on it, poor St. Gertrude was simply disappearing from the panel like a hole punched in a psychedelic blanket. What to do?

After much weeping and wailing and gnashing of teeth, I took the only option which didn’t entail yelling “uncle” and completely starting over. I decided to add details to capture the eye and hopefully give the center a bit more weight.

A buckeye necklace on the same line as the cat’s eyes grounds the neck and suggests a relationship between the two figures.

An earring draws the eye up through the figure on the opposite diagonal to the background….

….and traditional Hindu wedding bangles function the same way through the lower half of the painting. The bangles hint at a closer relationship between feline and saint than just the surface visuals of a pretty lady holding her cat. Only those who look closely and are familiar with Hindu wedding customs will get this, but I like hidden connections like these. Sometimes a painting is also a puzzle.

The end result may or may not be enough to bring the panel into balance, but it’s as close as it can get.

It’s not up to me to decide if a painting is any good or not. With a judge as unreliable as the eye, the only thing I can decide is when it’s finished.

I declare the piece done.